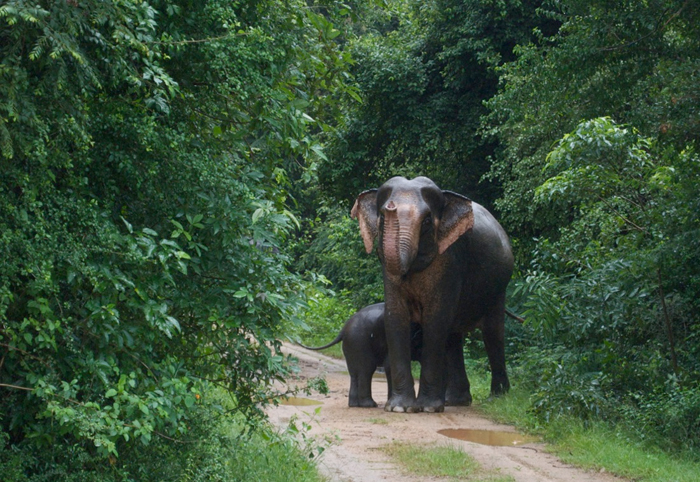 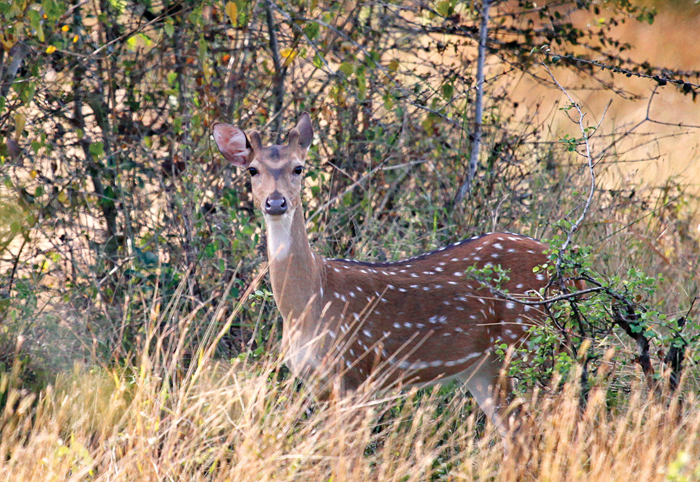 Wasgamuwa National Park is a natural park in Sri Lanka situated in the Matale and Polonnaruwa Districts. The name of the Wasgamuwa has derived through the words "WalasGamuwa". "Walasa" is Sinhala for sloth bear and "Gamuwa" means a wood. Wasgamuwa is one of the protected areas where Sri Lankan Elephants can be seen in large herds. It is also one of the Important Bird Areas (IBA) in Sri Lanka. The park is situated 225 km away from Colombo.

Wasgamuwa National Park exhibits one of the highest biodiversity among the protected areas in Sri Lanka. More than 150 floral species have recorded from the park. Cryptocorynewalkeri and Munroniapumila are two plants with economic value. Reservoirs and riverine forests support large number of fauna species.

Wasgamuwa National Park is home to 23 species of mammals. The park is inhabited by a herd of 150 Sri Lankan elephants. Marsh elephants roam in the Mahaweli river area. Both monkeys found in the park, purple-faced langur and toque macaque, are endemic to Sri Lanka. While water buffalo and Sri Lankan axis deer are common to observe, Sri Lanka leopard and sloth bear are rare. Small golden palm civet is another rare endemic mammal.

The number of bird species recorded from the park is 143. This includes 8 endemic species. Endemic red-faced malkoha is a resident bird in this national park. Sri Lanka jungle fowl is another endemic bird inhabits the park. Lesser adjutant, yellow-fronted barbet and Sri Lanka spurfowl are the species that visit the reservoirs and streams of the national park. Peafowl, painted stork, black-headed ibis and Eurasian spoonbill are the park's other aquatic birds. Rare Sri Lanka frogmouth can be found here. Another rare species, chestnut-winged cuckoo, is seen near the Mahaweli river.

Endemic and endangered Fejervaryapulla is one of the eight species of amphibians in the park. Of 17 reptile species recorded in the park, five species are endemic. Water monitor and mugger crocodile are common in the water bodies of the park. Skinks Lankascincus spp., lizards Calotesceylonensis and Otocryptiswiegmanni and serpent Chrysopeleataprobanica are the endangered reptile species. Endemic Garraceylonensis and combtail are among the 17 fish species reside in the aquatic habitats of the park. Of the park's 50 butterflies, eight species are endemic.