Thai Pongal is a harvest festival, which was initially celebrated in India. Thai Pongal is celebrated by Tamil Community in Sri Lanka, and is equivalent to a Thanksgiving Festival. Traditionally, it's a celebration of prosperity associated with the harvest by thanking the rain, sun and the farm animals that have helped in the harvest. "Pongal" is a Tamil word which means overflowing, which signifies prosperity. They boil fresh milk in a new clay pot, and then the milk overflows and it is considered to denote future wishes to the family. In villages, new clothes are worn and people owning cows find this festival very important. 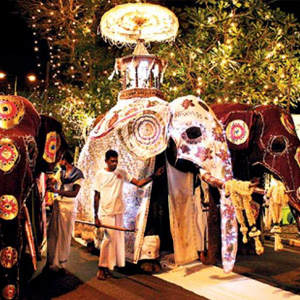 The Duruthu Perahera or Procession is held on the first full moon day (Duruthu Full Moon Poya Day) in the year and it commemorates the visit of the Lord Buddha to Kelaniya. This popular low-country procession starts from Kelaniya Temple and moves through Colombo with majestic drummers, dancers, torch-bearers, elephants and acrobats. This procession is viewed from many locations in the city and it is a remarkable sight. 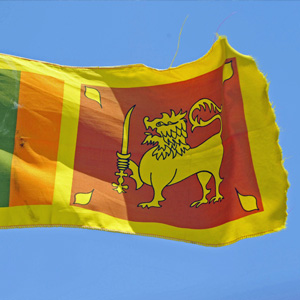 Sri Lanka's Independence Day is celebrated on the 4th of February, to commemorate the internal independence from the British rule in 1948. This day is a national holiday in Sri Lanka and is celebrated all over the country. In the main ceremony the president raises the national flag and delivers a nationally televised speech. This would be a perfect day to stroll the city streets due to very few vehicles on the streets. 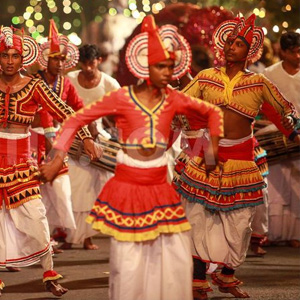 The Navam Perahera is a grand outdoor parade in Colombo which is held along with Full Moon Poya Day. The procession consists of thousands of dancers, musicians and richely decorated elephants and parade in Colombo through two nights. Many of Sri Lanka's traditional art forms are showcased at the festival, including folk dance and music, and there are other visual displays from fire twirlers, stilt-walkers, jugglers. The procession starts from the Gangaramaya Temple and proceedin garouns the Viharamahadevi Park and the Beira Lake in Colombo. The streets will be lined with many spectators and vendors selling local delicacies 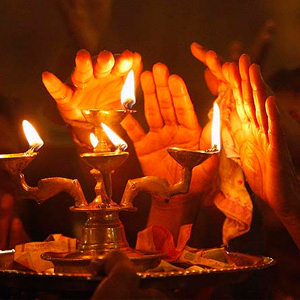 Maha Shivarathri or "Great Night of Shiva" is a Hindu festival celebrated in reverence of god Shiva. On this day devotees observe fast and consume only milk and fruit, and perform rituals and ceremonies devoted to lord Shiva. All Hindu kovils perform processions carrying statutes of lord Shiva as well. 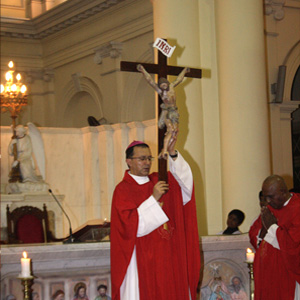 Good Friday is a religious holiday commemorated by the Christian community in SriLanka commemorating the crucifixion of Lord Jesus Christ and his death at Calvary. On Good Friday the Christians observe fast or avoid all meats and attend church donning black. Service is held at 3 pm at every church on the island. 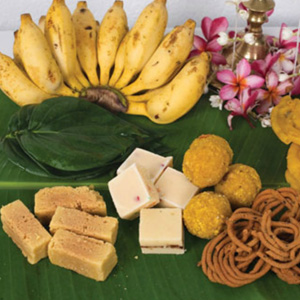 Sri Lankans celebrate their National New Year or "Aluth Avurudu" in mid april after the Harvest is done. The sun moving from the House of Pisces to the Aries signals the dawning of the Sinhala and Tamil New Year. The Avuruddha is heralded by the constant lighting of fire crackers and the unmistakable call of the koel bird, populary known as the koha which coos only once a year-at this time Cultural rituals consist of, lighting of the oil lamp, lighting of the fire to make milk rice, playing a drum known as the "rabana", anointing of the head with oil, worship of elders and observing the new moon. It is a very colorful festival, which brings the entire island to life. 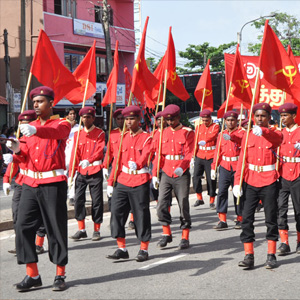 May Day or Labour Day is celebrated on 1st of May and is a Government and Public holiday. The government is holding official May Day celebrations in major cities, with the largest being in the Commercial Capital, Colombo. Major political parties organize rallies and it is common to witness party leaders greeting the crowds. Workers frequently carry banners with political slogans and many parties decorate their vehicles. 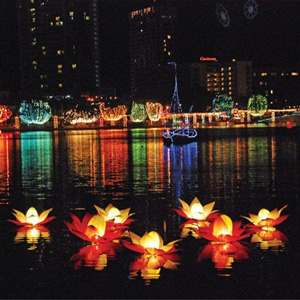 The Vesak festival, or Buddha Day commemorate three major events in the life of the Lord Buddha: The birth of the Buddha-to-be, Siddhattha Gautama, his Enlightenment at the age of 35 when he became the Buddha and his final 'passing' into Nirvana at the age of 80, no more to be reborn. Buddhist scriptures relate that each of these three significant events occurred on a full moon of the Indian lunar month of Vesakha (month of May). It is the most important festival in the Buddhist lunar calendar.

Vesak is of religious significance for Buddhists all over the world but, to Sri Lanka, it is what Christmas is to the West. It is the festival of lights. In the Vesak week many activities are conducted by the Buddhists devotees in Sri Lanka such as Dhamma sermons given by the prelates, devotees observe "Sil" during the day, Devotional songs (Bakthi Gee) campaigns, almsgiving, lighting of Vesak lanterns and Vesak Pandals.

Celebrating Vesak also means making special efforts to bring happiness to the unfortunate like the aged, the handicapped, sick and the orphaned. Buddhists distribute gifts in cash and kind to various charitable homes throughout the country.

Stalls on the roadside distribute free refreshments & Meals to passers-by (Alms Giving Stalls or Dansal). There are some fantastic mime and street theatre performances, staged on tall platforms throughout the cities and towns near the temples. The week-long celebration gives the visitor a unique opportunity to discover Sri Lanka's religious and cultural traditions.

In the course of its celebration, it brings a contentment to people that spreads out from the very inside of their bodies. 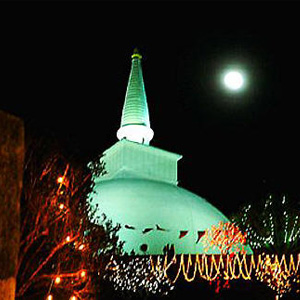 The full-moon Poson Poya Day in the month of June is significant to the Sri Lankan Buddhists as the day on which Indian Emperor Asoka's son, the Arahat Mahinda, officially introduced Buddhism to the island in the 3rd century B.C.

It all began back in the day when the ruler of the country King Devanampiyatissa was hunting deer on that Poson Poya day, when Arahant Mahinda appeared before him in a grove atop the mountain now known as Mihintale (meaning plateau of Mahinda) and called him by his first name. The King stopped his pursuit of the deer and answered a riddle about a mango tree which the Arahant asked him. The King listened to the teachings of Arahant Mahinda and agreed to follow the teachings of the Buddha. He thereafter declared it the state religion and today Sri Lanka is considered the home of Theravada Buddhism.

Poson Poya is celebrated by Buddhists in Sri Lanka by visiting the Temple with offerings of flowers and incense to pay homage to Lord Buddha. As on all other Poya days Dhamma sermons are given by the prelates and devotees observe Sil during the day. The city of Anuradhapura is where the main religious observances take place every year, given its importance as the location where this historic event occurred. The pilgrims observe the Eight Precepts on this day.

In Anuradhapura as well as the rest of the country, Poson celebrations are similar to Vesak, with Pandols and Dansal (alms-giving stalls) to be seen everywhere. Devotional songs (Bakthi Gee) too are sung in public areas and the atmosphere on this full moon day is one of peaceful co-existence. Buddhist families decorate their homes with coloured lights, lanterns, while making use of the holiday to engage in meritorious deeds.

Another feature of Poson celebrations is colourful processions which commemorate the visit of Arahant Mahinda. Known as "Mihindu Perahera" these processions include Elephants, drummers and dancers which are characteristic elements in almost all such peraheras in the island. 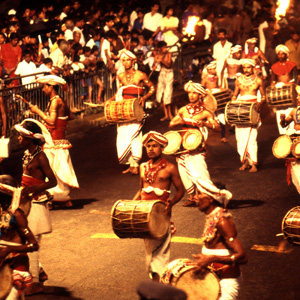 Kandy Esala Perahara is Sri Lanka's Biggest and most colorful Festival watched by millions of people every year. The procession of the sacred Tooth Relic conducted annually during the month of July (Asala) constitutes the grandest festive ritual of the Temple of the Tooth Relic, Kandy or "Dalada Maligawa". Generally, the Devale processions in a mini scale are held for 5 days followed by the `Kumbal' and `Randoli' processions each held for five days ending up on the Full moon day.It is a spectacular event that must be witnessed if you are in the country during this time of the year. 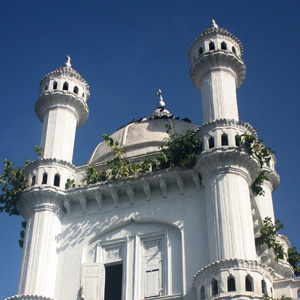 This is the Islamic month of fasting, where Muslims refrain from consuming food, drinking liquids and smoking from dawn to sunset. Food and drink is served daily, before dawn and after sunset. This annual observance is regarded as one of the Five Pillars of Islam. On the day of the festival family and friends gather to enjoy a day of laughter along with many sweet and savory traditional dishes. 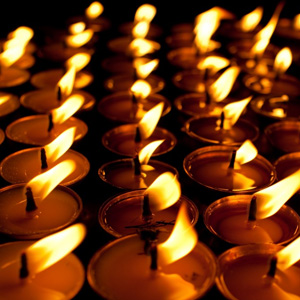 Divali is an ancient Hindu festival known as the festival of lights is celebrated by the Hindus in Sri Lanka and is a official holiday in Sri Lanka. On the Divali Day Hindus dress in their most colourful clothes and exchange gifts among family and friends while lighting up their homes with many lamps and candles. 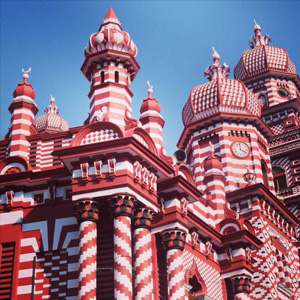 Hajj festival or the festival of sacrifice is the second of two religious holidays celebrated by the Muslims in Sri Lanka. The Hajj festival is based on a pilgrimage to mecca and is the most important of all muslim festivals. Muslims celebrate this day by giving to the poor and believe in doing so they will be blessed for their deeds. 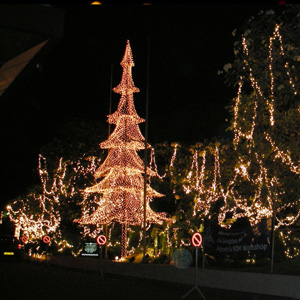 On the Christmas Day (25th of December) Christians commemorate the birth of Jesus Christ. Although the majority of people are Buddhists, Christmas is very much celebrated in Sri Lanka. This is a public holiday in Sri Lanka, where numerous events are held in the cities, and decorated with lights.