The Kandy Esala Dalada Perahera (Procession of Kandy) is a grand festival celebrated with elegant costumes and is held in July and August in Kandy, Sri Lanka. This historical procession is held annually to pay homage to the Sacred Tooth Relic of Lord Buddha, which is housed at the Temple of the Tooth or "Sri Dalada Maligawa" in Kandy. The Esala Dalada Perahera is believed to have begun when the Sacred Tooth Relic of the Buddha was brought to Sri Lanka from India during the 4th century, eight hundred years after the passing away of Lord Buddha.

A unique symbol of Sri Lanka, the procession consists of many traditional local dances such as fire-dances, whip-dances, Kandyan dances and various other cultural dances, in addition to the elephants that are usually adorned with lavish garments. 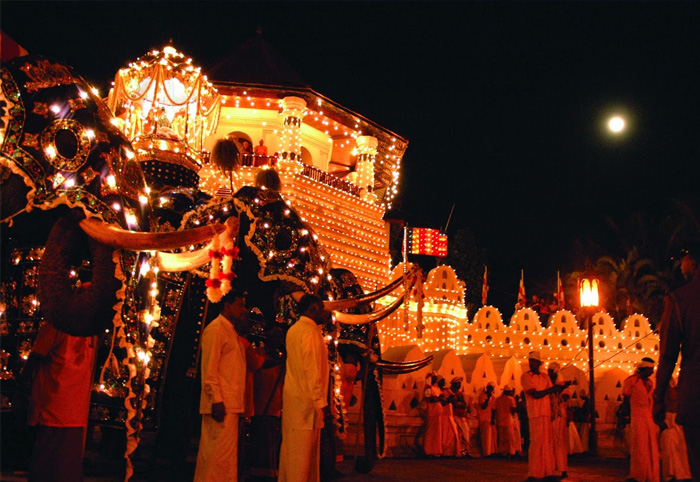 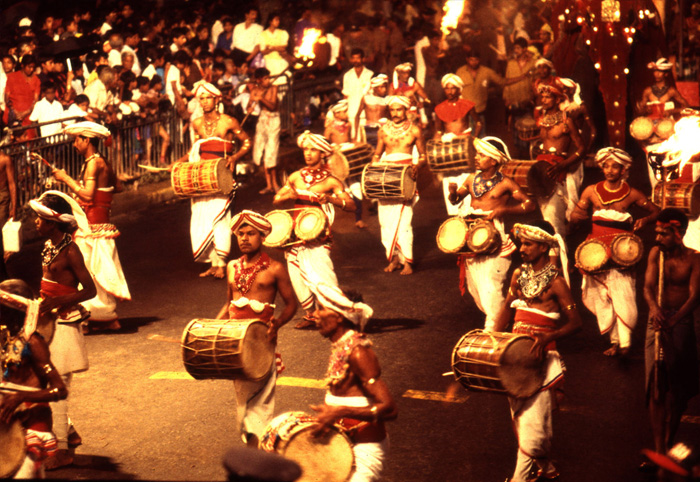 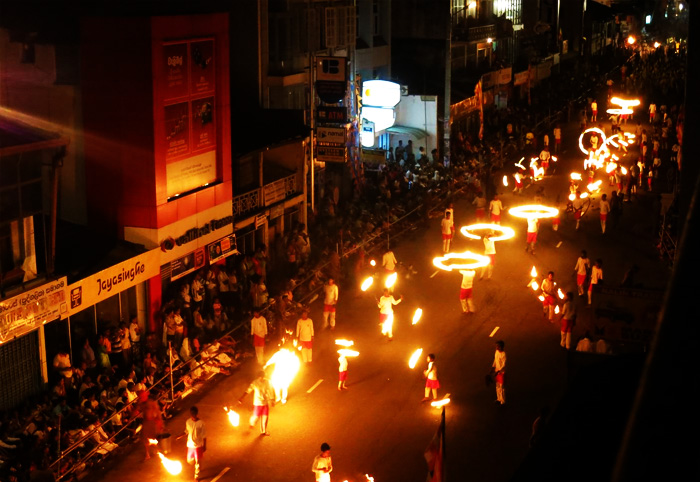 The Kandy Esala Dalada Perahera begins with the "Kap Situveema", in which a sanctified young Jackfruit tree (Artocarpus integrifolia) is cut and planted in the premises of each of the four Devales (Temples) dedicated to the four guardian gods Natha, Vishnu, Katharagama and goddess Pattini.

For the next five nights, the "Devale Peraheras" take place within the premises of the four Devales with the priest of each Devale taking the pole every evening, accompanied by music and drumming, flag and canopy bearers, spearman and the "Ran Ayudha", the sacred insignia of the Gods.

On the sixth night, the Kumbal Perahera begins and continues on for five days and then Randoli Perahera begins. After a further five nights of the Randoli Perahera, the pageant ends with the Diya Kepeema, which is the water cutting ceremony at the Mahaweli River at Getambe, a town a few miles from Kandy. A Day Perahera is held to mark the ceremony.

This world famous procession is led by Monks of the Malwatte Chapter and Asgiriya Chapter of the Buddhist clergy in Sri Lanka and is organized by the Diyawadana Nilame the chief lay custodian of Temple of the Tooth .