TEMPLE OF THE TOOTH RELIC


Temple of the Sacred Tooth Relic or "Sri Dalada Maligawa" in Sinhala is a Buddhist temple in the city of Kandy, Sri Lanka. It is located in the royal palace complex of the former Kingdom of Kandy, which houses the relic of the tooth of the Buddha. Since ancient times, the relic has played an important role in local politics because it is believed that whoever holds the relic holds the governance of the country. Kandy was the last capital of the Sri Lankan kings and is a World Heritage Site mainly due to the temple.

Bhikkhus or Monks of the two chapters of "Malwatte" and "Asgiriya" conduct daily worship in the inner chamber of the temple. Rituals are performed three times daily: at dawn, at noon and in the evenings. 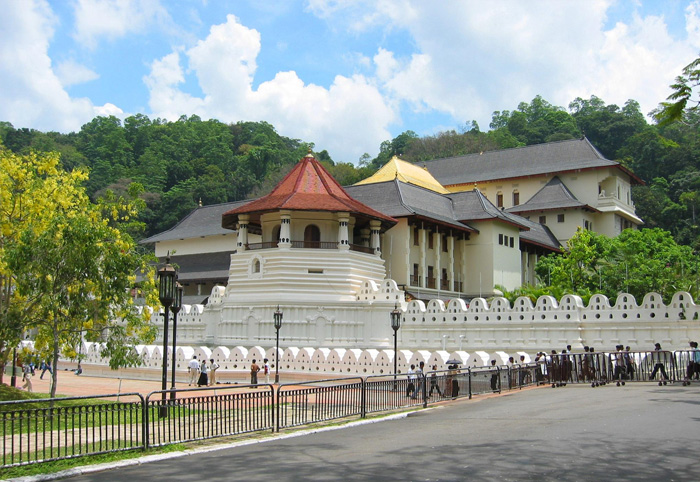 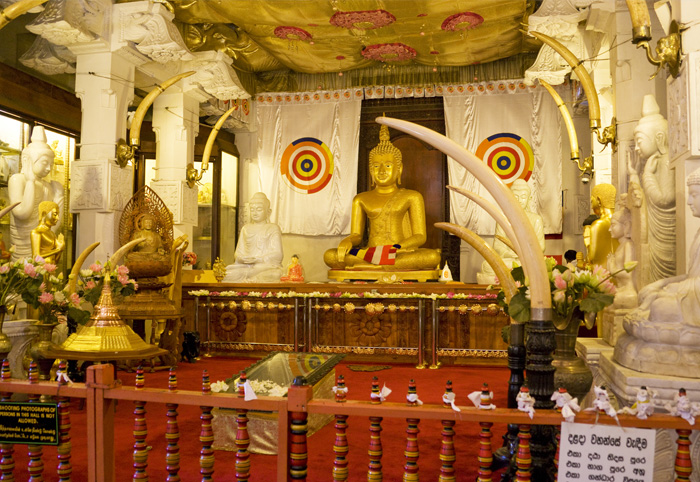 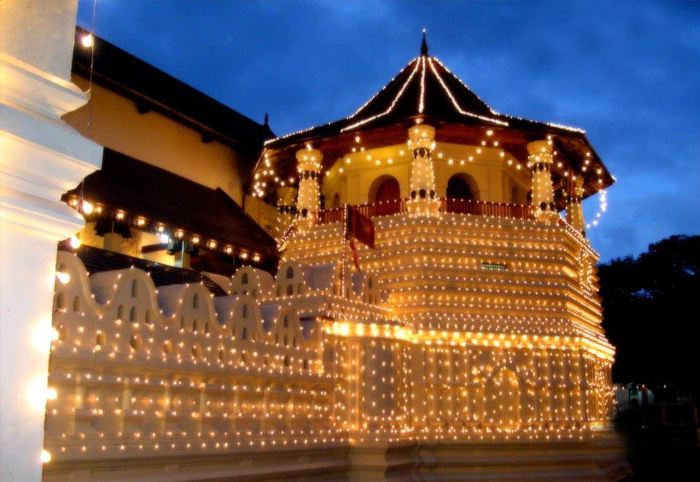 After the "parinirvana" of Gautama Buddha, the tooth relic was preserved in Kalinga in India and was smuggled to the island by Princess Hemamali and her husband, Prince Dantha on the instructions of her father King Guhasiva. They landed in the island in Lankapatuna in Trincomalee (Trinco) during the reign of Sirimeghavanna of Anuradhapura (301-328) and handed over the tooth relic. The king enshrined it Meghagiri Vihara (present day Isurumuniya) in Anuradhapura. Safeguard of the relic was a responsibility of the monarch, therefore over the years the custodianship of relic became to symbolize the right to rule. Therefore, reigning monarchs built the tooth relic temples quite close to their royal residences, as was the case during the times of the Kingdom of Anuradhapura, Kingdom of Polonnaruwa and Kingdom of Dambadeniya and etc.

The relic was brought to Kandy by Hiripitiye Diyawadana Rala and Devanagala Rathnalankara Thera. King Vimaladharmasuriya I, built a two-storied building to deposit the tooth relic. The present day temple of the tooth was built by Vira Narendra Sinha. The octagonal Patthirippuwa and moat was added during the reign of Sri Vikrama Rajasinha. Famous Kandyan architect Devandra Mulacharin is credited with building the Patthirippuwa. Originally it was used by the kings for recreational activities and later it was offered to the tooth relic. Now it is a library.

"Diyawadana Nilame" is the office of chief lay custodian of Temple of the Tooth, Kandy, Sri Lanka. Formerly an office of the royal household, today it remains a prestigious position, enriched with over two thousand years of history to safeguard and carry out ancient rituals for the Relic of the Tooth of the Buddha. The Diyawadana Nilame has the responsibility of overseeing of all aspects of the Sri Dalada Maligawa. He has the traditional duty of organizing the annual pageant, the Kandy Esala Perahera.